We are Authentic when we see through and beyond individuality and Universality.

That we are both and neither, that is the key to this ‘new’ hybrid Holistic mind which denotes the presence of the consciousness of the soul or Soulness.

Let me explain. Pure Awareness (the pure minded Non-dual state) doesn't 'see' individuality. It cannot. So from the perspective of a Holistic Multidimensional being we could say that this 'view' is lacking, for it overrides our sense of individuality, which appears as a dream or illusory.

And yet, as a fully functioning integrated human being we realise that we are a part, a whole and more. We are Dual, Non-Dual and more. We are Multidimensional beings; separate, inseparable and integrated. Limits and no limits – everything and nothing – here and everywhere; the acceptance of two opposing poles (the Dual and the Non-dual) supports the evolution of consciousness and our transcendence to Soulness.

Acceptance of All-That-We-Are arises from the realisation of the Non-dual, and yet any sense of Non-duality which ignores the sacred realm of Duality and the dynamic value of separation is incomplete and lacking. A sense of identity which ignores or excludes Duality is only half way to soul-realisation.

To express Soulness in a simple equation, to find the answer to the dualities of 1+2, we had to create a ‘new’ figure 3. And yet if we look closely, the ‘new’ figure 3 is neither 1 nor 2 and yet is both 1 & 2  – and is therefore the transcendent sum. The ‘new’ figure arises from allowing the convergence of the two old figures. If we apply the same system of thought to the Polaric thought of the mind, we can see that momentum forward is produced once the two poles are accepted, for only then are they transcended by the ‘new’ which contains both the old and the new.

We could say the same applies with colour. One says black, the other white. So the ‘newly’ formed grey is the transcendent colour which holistically encompasses the two opposing poles. Both are in it, and neither are it.

It is beyond the Dual and the Non-dual - and I call it the One-Duality of the Soul.
Posted by Unknown at 10:23 AM 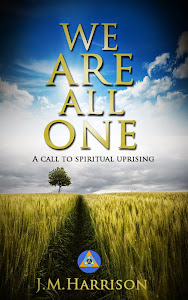 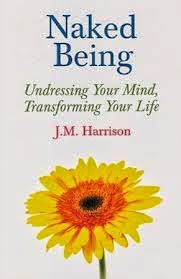